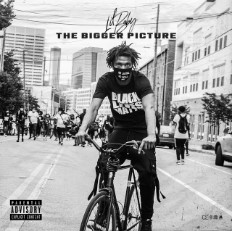 [Verse 1]
Trade my 4×4 for a G63, ain’t no more free Lil Steve
I gave ‘em chance and chance and chance again, I even done told them please
I find it crazy the police’ll shoot you and know that you dead, but still tell you to freeze
Fucked up, I seen what I seen
I guess that mean hold him down if he say he can’t breathe
It’s too many mothers that’s grieving
They killing us for no reason
Been going on for too long to get even
Throw us in cages like dogs and hyenas
I went to court and they sent me to prison
My mama was crushed when they said I can’t leave
First I was drunk, then I sobered up quick
When I heard all that time that they gave to Taleeb
He got a life sentence plus
We just some products of our environment
How the fuck they gon’ blame us?
You can’t fight fire with fire
I know, but at least we can turn up the flames some
Every colored person ain’t dumb and all whites not racist
I be judging by the mind and heart, I ain’t really into faces
Fucked up, the way that we livin’ is not getting better, you gotta know how to survive
Crazy, I had to tell all of my loved ones to carry a gun when they going outside
Stare in the mirror whenever you drive
Overprotective, go crazy for mine
You gotta pay attention to the signs
Seem like the blind following the blind
Thinking ‘bout everything that’s going on
I boost security up at my home
I’m with my kind if they right or they wrong
I call him now, he’ll pick up the phone
And it’s five in the morning, he waking up on it
Tell ‘em wherever I’m at, then they comin’
I see blue lights, I get scared and start runnin’
That shit be crazy, they ‘posed to protect us
Throw us in handcuffs and arrest us
While they go home at night, that shit messed up
Knowing we needed help, they neglect us
Wondering who gon’ make them respect us
I can see in your eye that you fed up
Fuck around, got my shot, I won’t let up
They know that we a problem together
They know that we can storm any weather

[Verse 2]
Fuck it, I’m goin’ on the front line
He gon’ bust your ass if you come past that gun line
You know when the storm go away, then the sun shine
You gotta put your head in the game when it’s crunch time
I want all my sons to grow up to be monsters
I want all my daughters to show out in public
Seems like we losing our country
But we gotta stand up for something, so this what it comes to
Every video I see on my conscience
I got power, now I gotta say somethin’
Corrupted police been the problem where I’m from
But I’d be lying if I said it was all of them
I ain’t do this for the trend, I don’t follow them
Altercations with the law, had a lot of them
People speaking for the people, I’m proud of them
Stick together, we can get it up out of them
I can’t lie like I don’t rap about killing and dope, but I’m telling my youngins to vote
I did what I did ‘cause I didn’t have no choice or no hope, I was forced to just jump in and go
This bullshit is all that we know, but it’s time for a change
Got time to be serious, no time for no games
We ain’t takin’ no more, let us go from them chains
God bless they souls, every one of them names

[Verse 3]
They trainin’ officers to kill us, then shootin’ protestors with these rubber bullets
They regular people, I know that they feel it
These scars too deep to heal us
What happened to COVID? Nobody remember
It ain’t makin’ sense, I’m just here to vent
It happen to one of your people, it’s different
We get it, the system is wicked, just learn how to pick it
Knowledge is power, I swear I’m a witness, I know that I’m gifted
I won’t go too deep ‘cause I’m scared they’ll get me
Ain’t scared to admit it, some shit I can’t mention
It’s people who can, well, here’s the chance
I won’t take the stand, but I’ll take a stand for what I believe
Must not be breathing the air that I breathe
You know that the way that I bleed, you can bleed
I never been a fan of police
But my neighborhood know I try to keep peace
So it’s only right that I get in the streets
March for a reason, not just on GP
Our people died for us to be free
Fuck do you mean? This was a dream
Now we got the power that we need to have
They don’t want us with it and that’s why they mad, yeah